How Blockchain can help smallholder farmers: build up a self-sovereign digital identity

Internet connectivity is on the rise! Omnipresent internet access through mobile phones will no longer be reserved for developed countries only. As a result, currently there are many technical solutions in development that aim to bring basic services to disconnected smallholder farmers. In fact, according to the report Digitalisation of African agriculture by CTA, there are at least 390 distinct, active solutions in Africa alone that help digitalise smallholder farmers; 60 percent of such solutions were launched in the last three years. In total, they have already registered over 33 million smallholder farmers as users on their platforms, which is over 13 percent of all smallholder farmers in Sub-Saharan Africa.

Today, an estimated 1.1 billion people still has no formally recognised form of identity

No formal identity
In a previous blogpost, we already described how digitisation can help smallholder farmers overcome daily challenges. Many of these solutions make use of new technologies like blockchain to help smallholder farmers get access to services that were previously not readily available to them, such as loans, insurances, farm management and productivity apps. However, in order to get access to any type of financial service, or any service that relates to trust, farmers need to be able to identify themselves.

This is why it is such an important issue today that an estimated 1.1 billion people in the world still has no formally recognised form of identity; almost 1 out of every 5 people is cut off from accessing basic services and rights. It is an issue set for the world to address in the SDG’s – goal 16: Peace, justice and strong institutions. A sub goal is goal 16.9, on identity: “By 2030, provide legal identity for all, including birth registration.” A goal for which technology can play a pivotal role in achieving it, bringing financial and social inclusion to families worldwide.

The risks of a government issued identity
In 2017, in partnership with GSMA (the largest association that represents interests of mobile network operators worldwide) and others, the World Bank agreed on a set of principles related to identification systems. Among those was the principle of universality, which advocates that countries should fulfil their obligations to provide legal identification to all residents – not just citizens – from birth to death. This seems like the most obvious solution for the widespread problem of lack of legal identity for marginalised people, as government agencies still hold an essential role in providing legal identification. Centralised governmental identity systems do, however, inherently carry some risk. They ‘lock’ individuals to a single authority with the power to potentially deny them their identity, hold documents for ransom, or even confirm a false identity.

In a way, the sum of our interactions online builds up our digital identity, which is now almost becoming more important than our government issued identity.

One such example is Syria. A 2015 study of the Norwegian Refugee Council into the case of Syrian refugees confirmed that “the majority of Syrian refugees – 70 per cent – do not have their national ID card”. According to those interviewed, their documentation has been lost, destroyed or confiscated. “The absence of these documents prevents the registration of subsequent vital events such as marriage, divorce, birth and death and creates a huge barrier for obtaining legal residency in the country of exile”. In some cases, replacement of this documentation is impossible, for example due to the destruction of civil registries inside Syria. As a result, refugees might be at risk of becoming stateless.

A self-sovereign digital identity
So, why should we be dependent on governments for identifying ourselves when they pose a single point of failure to our identity and have failed to properly identify 1.1 billion people globally?

In today’s world, the average internet user has over 92 online accounts. As we become increasingly connected, our digital identities are more and more embedded in everything we do online. Every day we go through many of the same authentication processes that proof that we are who we say we are. We use logins, biometrics such as facial recognition and fingerprint scans to access services and carry out interactions. All these online interactions over time create digital trails or histories of our personal data and behaviour online: our financial, tax, purchase, legal, medical and credit histories, among others. In a way, the sum of our interactions online builds up our digital identity, which is now almost becoming more important than our government issued identity.

We are therefore already increasingly becoming less dependent on governments to identify ourselves. On top of that, there is a growing awareness among identity experts of the importance of ownership and control over identity, leading them to shift their focus increasingly towards a “user centric” or “self-sovereign” ID. The World Economic Forum, USAID, the World Bank, GSMA and others all covered the topic in their publications. In contrast to centralised systems where institutions provide ID credentials, self-sovereign IDs are built to empower individuals to control the formalisation of their identity.This would allow users to manage distinct digital personas and to actively monetise their personal data (we will cover the topic of data monetisation more in an upcoming blog post.)

Interesting use case: Banqu’s digital identity solution
BanQu provides a platform that allows smallholder farmers and refugees to build up an economic identity from scratch. After signing up, users can begin tracking their relationships and interactions with their banked network to build up a recognisable, vetted, economic identity over time. Every interaction is logged on a private blockchain, meaning it can’t easily be changed or deleted by anyone and will stay there probably for a long time. The platform allows users to maintain ownership of their personal information, meaning they can decide which information they want to share with whom.

In 2018, BanQu launched a pilot together with Anheuser-Busch InBev to revolutionise supply chain transparency in Zambia. The pilot was focused on creating transparency and traceability in the cassava crop value chain by connecting 2.000 of the region’s smallholder farmers and digitising 2.000 tonnes of cassava. Furthermore, BanQu is piloting small-plot farmer land mapping. They map land and confirm ownership of land for women in Latin America, where access to finance is hard due to lack of land rights and outdated property registries.

The added value of Blockchain
As with any ID system, a self-sovereign digital ID should be unique to only one person, stay with a person from life to death, be accessible from anywhere, and only be given out with permission from that person in order to be useful. User centric ID’s could be relevant and interesting for anybody who wants to be able to identify him or herself without dependency on their government. However, user centric ID’s are particularly useful for the 1.1 billion people who currently do not have access to formal identity, of which a large majority are smallholder farmers living in rural areas.

Until recently, a digital ID solution seemed technically not feasible, but blockchain technology appears to be making this possible. Currently, there are several blockchain-based platforms in development that allow farmers to build a self-sovereign digital identity by connecting to and interacting with other actors in their ‘banked network’ – meaning everyone in their network with access to financial institutions, including family, friends, agribusinesses, service providers and associated NGOs. This allows them to build the trust they need to interact with, and participate in the global economy and build a decent living. It is the start of a new era in which potentially everyone around the world – including rural smallholder farmers – is connected, aware, and actively participating in the global economy, working together efficiently to earn a living wage and ultimately live better lives with agency.

—
This article is made possible with the financial assistance of CTA (Technical Centre for Agricultural and Rural Co-operation). The views expressed above can in no way be taken to reflect the official opinion of CTA. 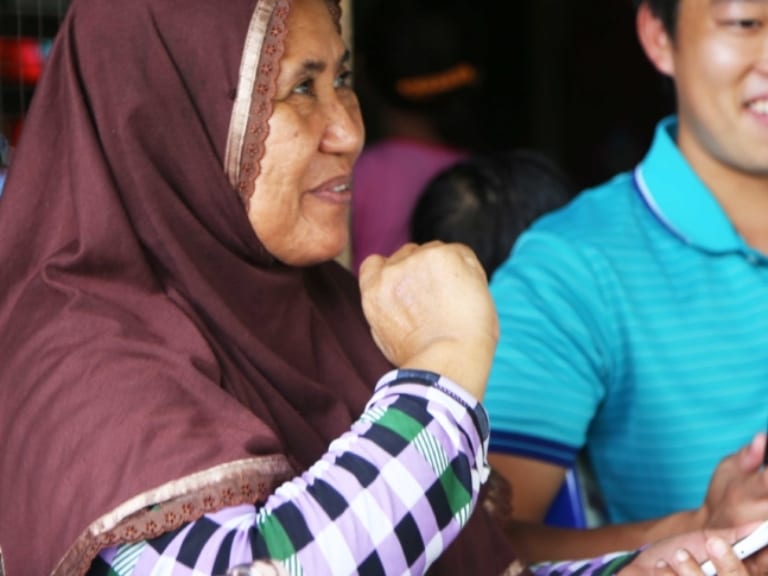 Subscribe to our newsletter to get access to all our knowledge on blockchain technology and its applications in agri-food!