2018: the year of poverty free coffee

Do you want espresso or filter? I answer that question nowadays with the nonchalant naturalness of a coffee connoisseur: ‘Make me a V60 with beans from Costa Rica’. Since I drink a lot of coffee for my work, I have started to realize that there is much more to life than instant coffee. I wish for poverty free coffee.

An exclusive coffee that is still on my wish list is the Port of Mokha coffee. I read about it in The Monk of Mokha, the book that I drag to all those coffee houses. It’s served in the United States for $16 a cup (including a cardamom biscuit from the owner’s family recipe). In addition to the life story of coffee entrepreneur Mokhtar Alkhansali, who literally built his coffee empire from scratch, writer Dave Eggers offers mini lectures on the global coffee industry. On page 106, I highlighted a passage in which the author says: ‘A random cup of coffee could have involved twenty people, from the plantation, and yet carries a head cost of only two or three dollars. Even four dollars seems too little when you realize how much human attention and expertise was invested into the beans that yielded that four-dollar cup of coffee. Yes, so much human attention and expertise that the reality is that somewhere in that long chain people were underpaid and exploited.’

An earlier call from Boot to give the coffee farmers a better future ended up being empty words and no action.

By rewarding ‘his’ farmers in Yemen for quality, Mokhtar hopes to break that poverty spiral. He himself was raised in San Francisco, sadly missing the opportunity to study and then working as a car salesman and porter. At the age of 24 he decided to revive the rich coffee tradition of Yemen. His plan coinciding with a complicated civil war back in Yemen did not stop him from reaching for his goals, and neither did his extensive coffee knowledge. During his first visit to a coffee plantation, Mokhtar saw an opportunity. Sometimes things just work out for the best, don’t they? Mokhtar went on to pass the Q-grader exam. The Q-grader is to coffee what a sommelier is to wine; someone with exactly the right discerning taste and nose to give coffee beans a quality score. This is precision work.

Mokhtar went to visit Boot Coffee, a distillery annex training institute near San Francisco. The owner is Willem Boot. Yes, a Dutchman, son of a Baarn coffee roaster. Boot owns a coffee plantation in Panama and gives advice about coffee all over the world. In the book he has a modest but meaningful role. As I discovered when I found Willem Boot as a columnist in KoffieTcacao Magazine, the coffee world is a small one. Ploeterboer is his column in the March issue. There he writes how the farmer is left in poverty, and no one seems to care. An earlier call from Boot to give the coffee farmers a better future, ended up being empty words and no action. I don’t know exactly what year that was, but let’s make 2018 the year of poverty-free coffee. In the past three months, I have already spoken to many coffee entrepreneurs who are working on making this dream a reality. I would be willing to bet that this time it will work. 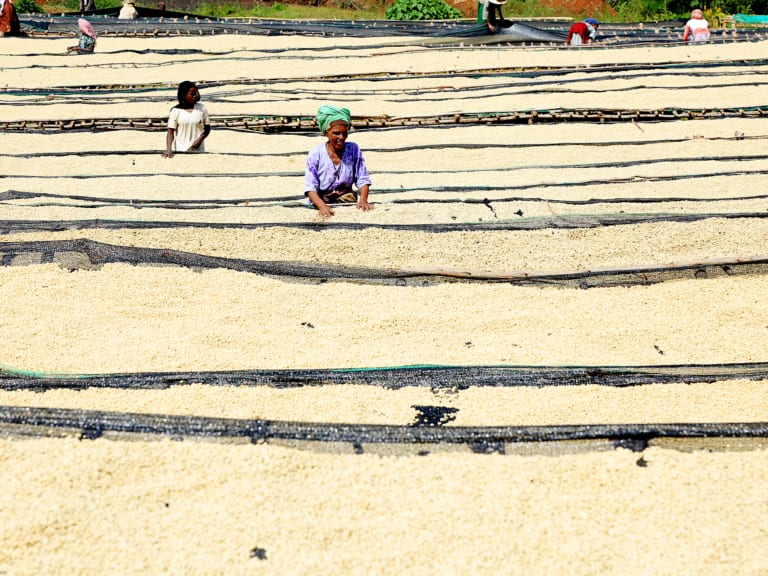 The genesis story of l…